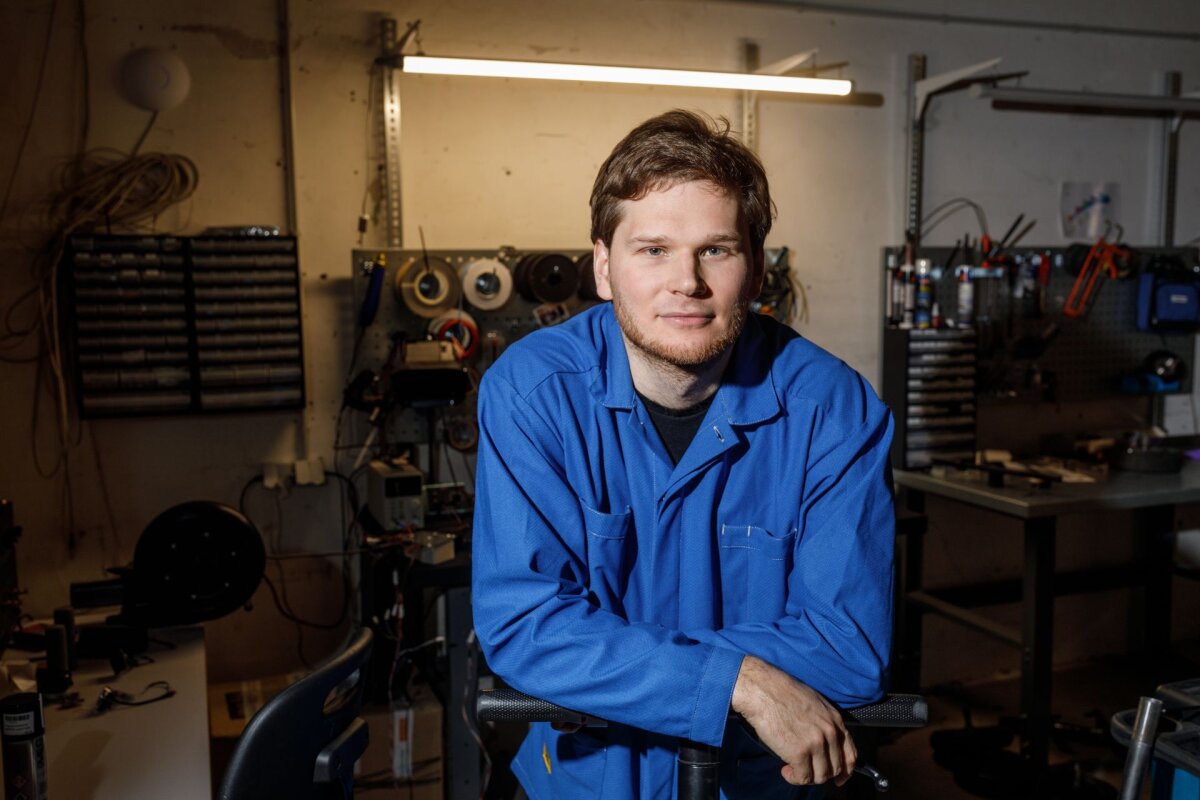 "We sell spades during the goldrush!" says Kristjan Maruste, the founder and CEO of Comodule to Äripäev, explaining how they increased their revenue 4.5 times last year to nearly € 16 million and made a profit.

Taking advantage of the global scooter boom, Comodule is providing scooter manufacturers and operators with electronics that connect vehicles to the Internet. Starting in April, they will also be producing scooters themselves.

According to Maruste, while in recent years they generally tripled their annual revenue, in the last months of 2018, sales of scooter-related equipment pushed their revenue up even more. “Last year we actually served only the scooter market. To date, we have connected some 180,000 vehicles worldwide in 45 countries andover 60 cities. That’s where it came from,” says Maruste. He said they could have benefited even more from this boom in 2018 if they had their own factory to produce electronics. They opened their factory in November last year.

Since, in the last two years urban mobility has become a favorite target for venture capital, a lot of money is moving into this area and it is developing rapidly. Therefore, according to Maruste, something may happen at any moment in the sector where their technology is vitally important. Maruste claims that they don’t have a long-term strategy - instead, they look at global trends and offer tailor-made products. They have been operating like this for five years. “We try to be very flexible and ready for everything. This was also the reason why we built our own factory. We couldn’t react fast enough with our suppliers, and we were a little slow ourselves. However, we are now better prepared for any new boom that could happen somewhere.”

The boom they encountered in 2018 also led to a running profit for Comodule. Maruste notes that at one point they joked about being the only profitable micromobility company outside of China. “Probably most of the money in this scooter sharing boom has gone to Chinese scooter manufacturers. But all operators are losing money – they have invested hundreds of millions and they are all losing money.”

How have they already made a profit as a startup? As an example, Maruste provides the analogy of gold-diggers and shovels. “During a goldrush, some dig gold and others sell shovels. It’s often the case that when you finally hit the gold vein, you become terribly wealthy, but if you do not, everything collapses. Everyone needs spades, regardless of whether you hit the vein or not,” he said. He says that this means that the company will do well only if two of its ten customers are very successful.

The latest prototype of their electric scooter was completed at Comodule’s Tallinn plant. 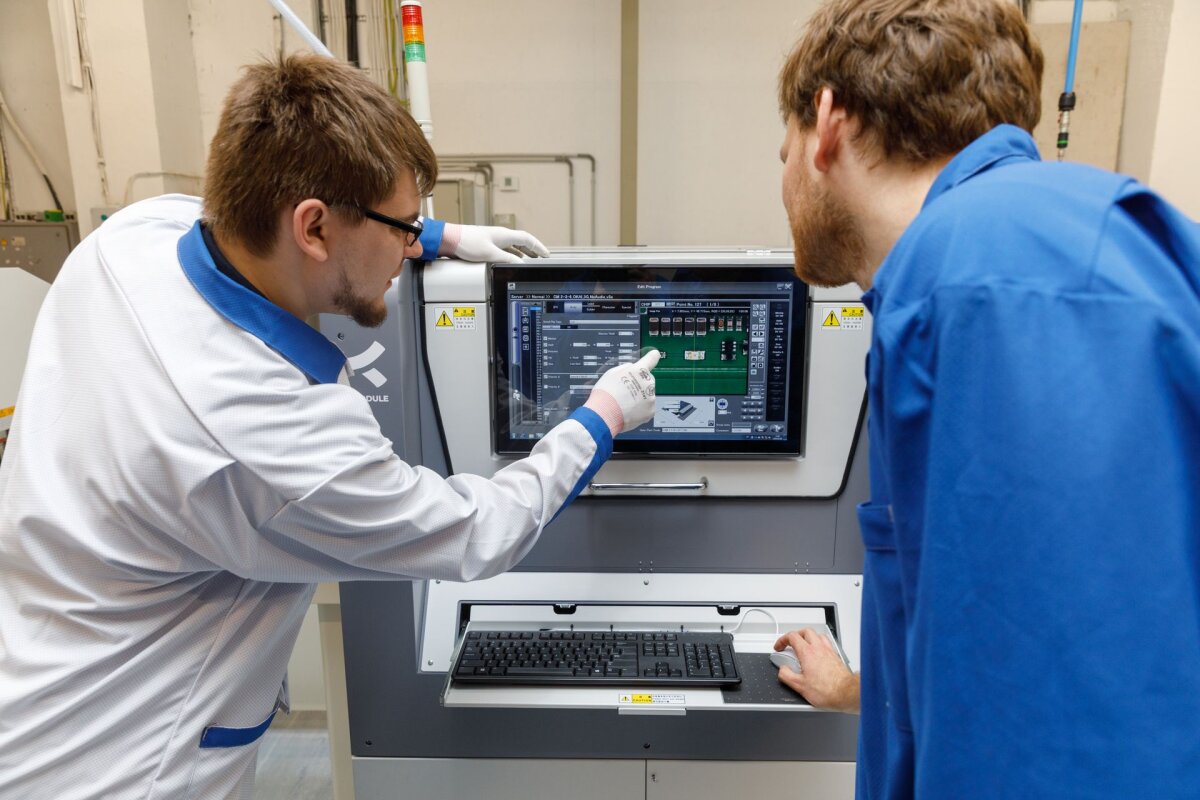 In addition, Maruste believes that the profit is also the result of having to struggle at the start and having a rough first four years. “We have always lived from hand to mouth and we have never received raised any significant venture capital. You get used to it and it teaches you how to optimise and be cost effective. When you get 10 million in your bank account from the start, you will do things differently, and you’ll only chase growth. We are a little different.”

“We have reached a stage without venture capital where we are no longer very small.

Then you don’t want to take it anymore.“ He adds that venture capital makes sense when you have a very big vision, which requires capital to implement.

Investor of the Year: Startups not shaken by economic slowdown

There have been a lot of discussions on how to move forward with Comodule, but according to Maruste they are not looking for major venture capital currently. „We had another idea here that would allow many people in Estonia to contribute to our company, but let’s see, it’s a little too early to talk about.“

According to Maruste, the movie “Chasing unicorns” showed people unfamiliar with the startup world what venture capital really is. “It’s a very tough world. If you accept the funding, your only chance is to become a company worth more than a billion dollars and grow maybe five times a year, and you have to put it all in.“ This is why he thinks it is increasingly difficult to drive growth if you want to do things in a meaningful and sustainable way. “If your only goal is growth, you’ll cut many corners. My life philosophy does not go very well with running blind on venture capital.”

Rather, claims Maruste, they prefer to work hard to make an impact and to actually make cities cleaner. In addition, Maruste wants everyone who works for their company and towards a common goal, to enjoy themselves. “We’re probably a bit hippie-like. It’s not our goal to be worth a billion or five or ten billion. We try to do things sensibly, enjoy ourselves, and at the same time, be successful. If what we do is successful, then it is especially fun!”

From April, Comodule will also produce electric scooters, the latest prototype of which is now ready. So far, no company in the world produces electric scooters outside of China, says Maruste. „I think that we have given up control of some sectors completely to one country.“

China has created an image as if it were impossible to produce electric scooters elsewhere. “When I told people that I wanted to start building an electric scooter in Estonia, everyone asked me how it was possible, because all of them are made in China. It’s so fascinating how our own psychology already tells us that certain things cannot be done outside of China. I made some calculations on Excel and it’s totally doable!” 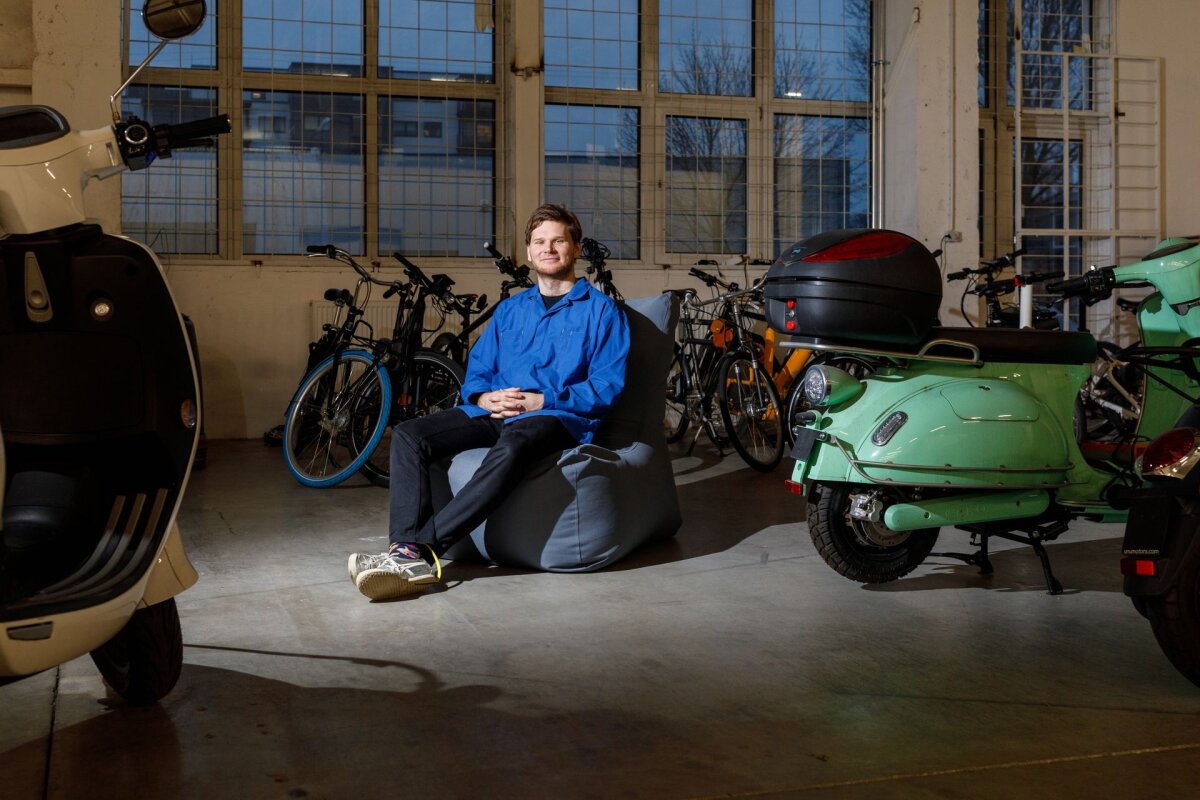 Maruste notes that a person working in an electric scooter factory in China earns more money net than people working in Estonia. “The issue is no longer that China is a cheap country for production but rather their ability to produce things and the fact that they have everything. They are very fast and extremely powerful.” At first, Comodule will not start mass production, but Maruste claims that the mere prospect of it is exciting.

The reason they started producing electric scooters in Estonia instead of China comes down to greenwashing. “If you claim that moving around in your city with an electric scooter is green and that it does not pollute the environment, but at the same time the scooter is produced in factories in China that you have never been to, that are not subject to any environmental regulations, and you really do not know whether it can be recycled or how long it lasts; then you are actually just a blindfolded capitalist. You are not doing what is truly good and right.”

A thousand startups in Estonia according to Startup Database

Monese is striving to become the next unicorn

They will produce scooters for business customers i.e for providers of ridesharing services, not for the end customer. When comparing the price of a scooter produced in Estonia with that of one produced in China, Maruste believes they could offer it several times cheaper than the Chinese. Maruste explains that in this business, the value of the product is determined by the cost per kilometer, or how much the vehicle can travel over a lifetime. “In this comparison, we want to be many times better than today’s products”.

Comodule builds their scooters from recycled steel and have calculated and analysed how to be truly environmentally friendly.

In addition, Maruste says that Comodule is motivated by the fact that they love to build vehicles, having in the past built so-called student formula racing cars. In the end, building a scooter is even better than building some electronics,“ he notes.

Maruste says that the Comodule plant could become bigger than the Baltika plant and have a constant flow of outgoing trucks. “We do not set any boundaries - today we are making scooters, but in fact we are already working on a bicycle project. Maybe we'll soon be manufacturing motor scooters and, who knows, we might end up making cars. You must have fun! If it works, why not?“

Startups are starting to open their own factories, and this comes as no surprise to Kristjan Maruste.

Maruste studied mechatronics and built formula racing cars during university. “I know how immense the knowledge in this area is in Estonia. Fine mechanics and electronics have been Estonia’s forte. I’m extremely overjoyed that this knowledge has finally reached new businesses,” he says.

„The fact that we have that knowledge has been clear to the outside world for a while,“ he points out, noting that otherwise, major electronics manufacturers such as Ericsson, ABB or Stoneridge wouldn’t have built their plants in Estonia. “They must’ve seen great potential here, potential that we couldn’t even recognize ourselves.” 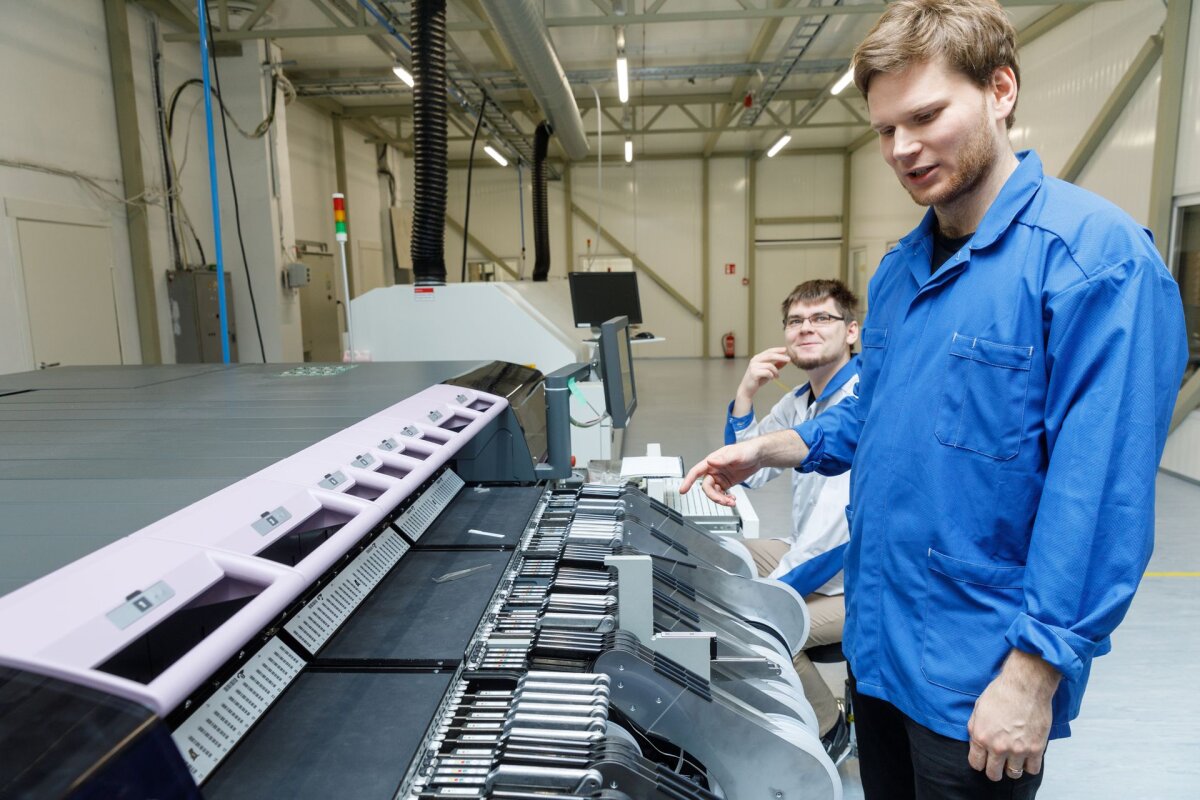 At Comodule Tallinn factory electronics is stored in modules that connect scooters to internet. Starting from April electric scooters will be produced in the plant.
Autor: Andras Kralla/Äripäev

Maruste claims that Skype created the feeling that software can conquer the world and that everyone should learn to be a programmer. “Unfortunately, most of the problems in the world are not solved by software alone, no matter what Silicon Valley says. You still need clothes, a vehicle and a cell phone.”

Maruste believes that the fact that startups are opening factories in Estonia is largely thanks to Cleveron. “While Skype generally broke the startup glass ceiling, Cleveron did the heavy lifting and now the results are starting to come in. I think there’ll be many more things coming from there.”

Maruste sees a lot of untapped potential when it comes to hardware in Estonia. “The people who build our scooters and who built this factory have also worked in Norma, ABB, Ericsson and elsewhere. They are world-class professionals with amazing skill sets. I think if we get this thing rolling even more, it will be at least as big as we have had in the software business. And the factories are just cool!” The construction of startup factories could, says Maruste, help to end confrontation of startups with other companies. According to him the only way to increase a country’s wealth is through exports, and there’s no difference whether the exporter is a forestry company or a startup.

The article was originally published at Äripäev.

Comodule was awarded the fastest growth in turnover and hardware startup of the year at Estonian Startup Awards 2019 gala organised by LIFT99.

foundME is inviting you on board of a weekly newsletter that will bring you the news and opinion stories from the Estonian startup scene. - Subscribe to foundME newsletter HERE!